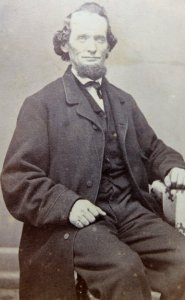 The history of the Vosburgh family can be traced back to the Netherlands in the early 16th century before Pieter Jacobse Vosburgh immigrated to Albany (Beverwyck), New York  in 1649. His son Abraham Vosburgh,  was captured and killed by Esopus Indians while working as a carpenter in Esopus, NY. Abraham’s widow, Geertury Pieterse (Coeymans), was left with the task of raising 4 small children under the age of 10. She proved to be very capable during very unfavorable times for a single mother. Her struggles were well worth it as her children were successful pioneers in their communities. Their middle son Jacob Abrahmse Vosburgh was one of the first prominent settlers in Livingston Manor, NY. 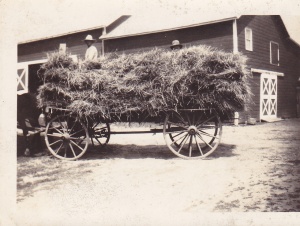 In 1839, Jacob’s  great-grandson, Gilbert J. Vosburgh purchased the property in Elizaville where, 180 years later, his 3rd great-grandson, Arnold (Arnie) Vosburgh, still lives today. Arnie grew up working on the farm with his father H. Arnold, Sr., witnessing its many changes over the decades from a dairy farm growing small grain crops to a successful fruit farm also producing poultry, eggs and vegetables.

The mainstay for the farm has always been growing good quality fruit. A Cornell graduate and a retired agricultural teacher, Arnie continues to grow quality apples. Vosburgh Orchards currently comprises 134 acres that offers many varieties of apples.

In 2014, Arnie partnered with the Scenic Hudson, in collaboration with Columbia Land Conservancy and with support from the USDA-Natural Resources Conservation Service for the permanent preservation of the farm so that it will always remain farm land, which he strongly believes is important to the local community.  The farm will always be available to supply healthy food and support the town’s agriculture-based economy for future generations. With this new partnership he’s expanded the farm, made necessary improvements, and planted a new orchard.

Arnie once considered the prospect of making hard cider, so in 2014 when his nephew, Mark (Stier), suggested a joint venture with Sloop Brewing,  he was excited at the prospect of adding to the farm’s offerings. The historical 1800’s Dutch post and beam barn became home to a 30-barrel micro-brewery, tasting room, and farm stand. Taking on a new life as a farmhouse brewery, as well as keeping the fruit farm tradition by offering an variety of quality apples, as well as many other farm favorites in a new farm stand, was exciting for the family business.

Mark, a civil engineer, has kept close ties to the farm, as he did while growing up helping his Grandfather. Along with his wife, Hope, and their children Ryan and Ella, Mark works with Arnie to help run the farm.

After Sloop expanded & left the barn in 2019, the barn is undergoing another transformation for 2021! Stay tuned!

Ten-year old Ellen Vosburgh Stier and her brother Marc Vosburgh pose  for the local paper with a prize rooster in 1948. 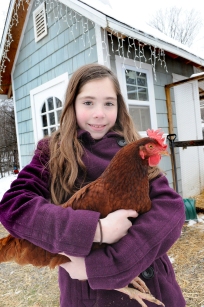 Just like her Grandmother and Uncle, caring for chickens comes naturally for Ella.

Undated photograph–County Rt 19 on the left and St. John’s Lutheran Church–Manorton in the distance on the right. 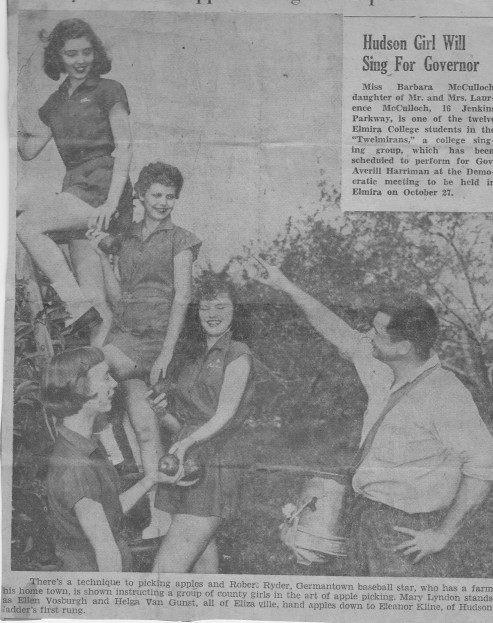